The Book of YHWH

Watashi adjusted his rear-view mirror as he drove his family down an empty road in the middle of the night. He was keeping an eye out for anything suspicious.

Ken sat in the back seat and looked out of the window.
Mayumi said to him: "Ken." 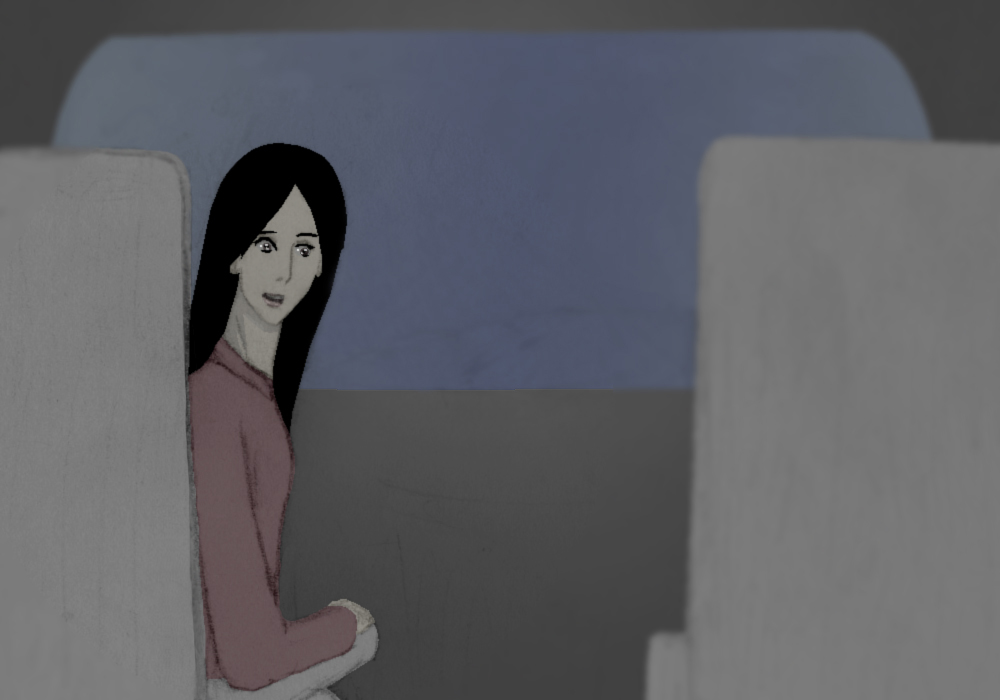 Watashi noticed a light coming towards them in his rear-view mirror.

He saw another car behind them. A man wearing a mask leaned out of one of the windows of the car and he aimed a gun at them.

He fired his gun, but Watashi swerved his car to the left and dodged the bullet.

Another window in the car opened and then another man leaned out of it. He aimed his gun at them.

Watashi slowed his car down and pulled back to the side of their car.

He quickly turned his steering wheel and drove his car towards theirs.

Watashi bashed into their car from the side. Their car reared off course and collided with a telephone pole. He then quickly drove away from the explosion.

Ken slowly lifted his hand, but then their car was suddenly hit by something.

Another car had bashed theirs off of the road and it tumbled down a hill.

The car landed upside down.
Watashi: "Get out!"

Ken could hear his parents opening their doors. As he removed his seat belt and opened his door, he heard the sound of two gun shots.

"Your Uncle Hideaki's house is right past those trees."

Watashi: "Take the medallion with you."

"Hideaki can hide it."

The briefcase with the medallion in it was laying on the ground nearby.

He saw one of the men aim his gun at them.

He fired a bullet at Watashi's chest. Watashi fell to the ground and died.

The man checked his gun and he found that he was now out of bullets. The tall man standing beside him took a sword out from behind his suit jacket and then he quickly ran towards Ken.

Ken turned around and ran as fast as he could.

He grabbed the briefcase and ran toward the forest. The man wielding a sword quickly pursued him.

Moonlight shone across the man's mask as he ran through the forest.

Ken could see his Uncle's house in the distance. He ran towards it.

The man stepped into the light momentarily and then quickly stepped back into the shadows and out of sight.

Ken fell on his knees before his Uncle's door and began to cry. His Uncle came out of his house and rushed towards Ken.

Hideaki looked down at Ken and then he looked over at the trees.

But all he saw was darkness and all he could hear was the chirping of crickets.

Hideaki: "Come on."
They stood up and walked towards the house.
"Come inside."

The man stepped out of the shadows as he heard Hideaki closing the doors of the old castle that he lived in.

And then he took off his mask.

"Sir!"
The other man ran towards him.

-and Hideaki is a highly skilled martial artist. Although he's getting quite old."

"With practice and perseverance, I may be able to take him on in a couple of years. But not now."

They drove away from their crime.

"We're the last ex-members of the Twin Dragon Society."
The car came to a stop.
"Huh, why'd you stop?"

"Get out."
He unbuckled his seat belt and got out of the car.

"Yeah, what's going on?"
The tall man stood still, with his sword in his hand.

And then he stabbed him in the chest.

"It's nothing personal Tokugawa."

"The power of the Ancient One shall be mine and mine alone."

"No one else can understand my vision."