Yahweh said to Noah, “Come with all of your family into the ship, for I have seen that you are righteous in this generation." 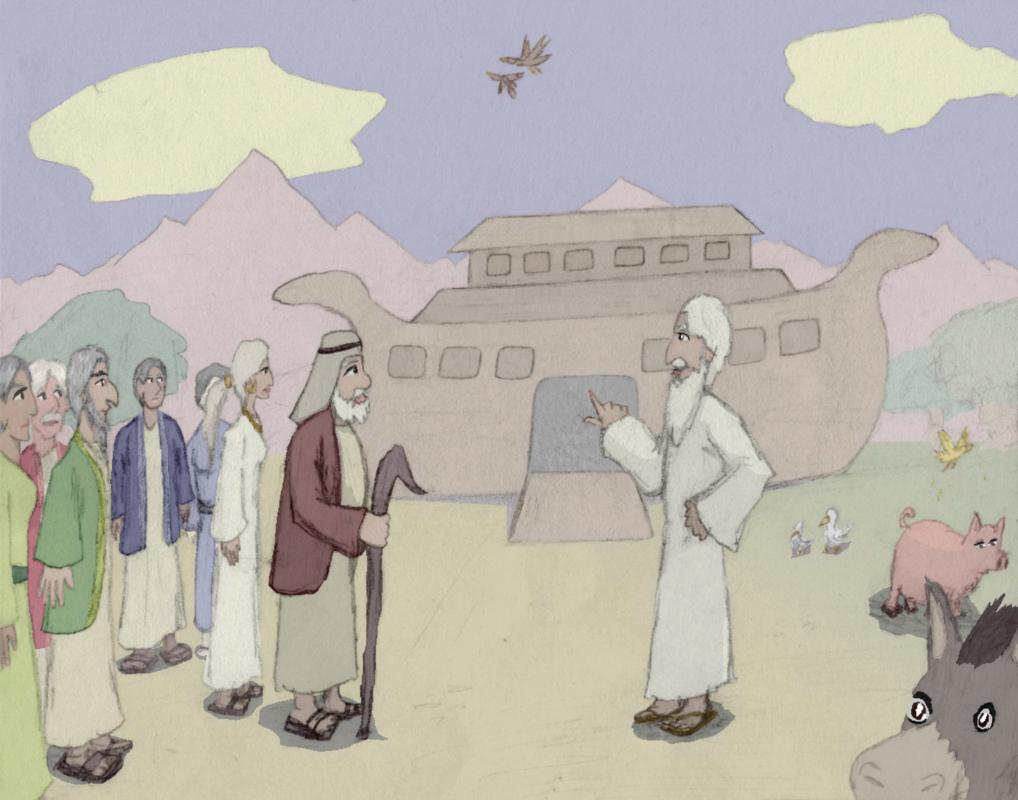 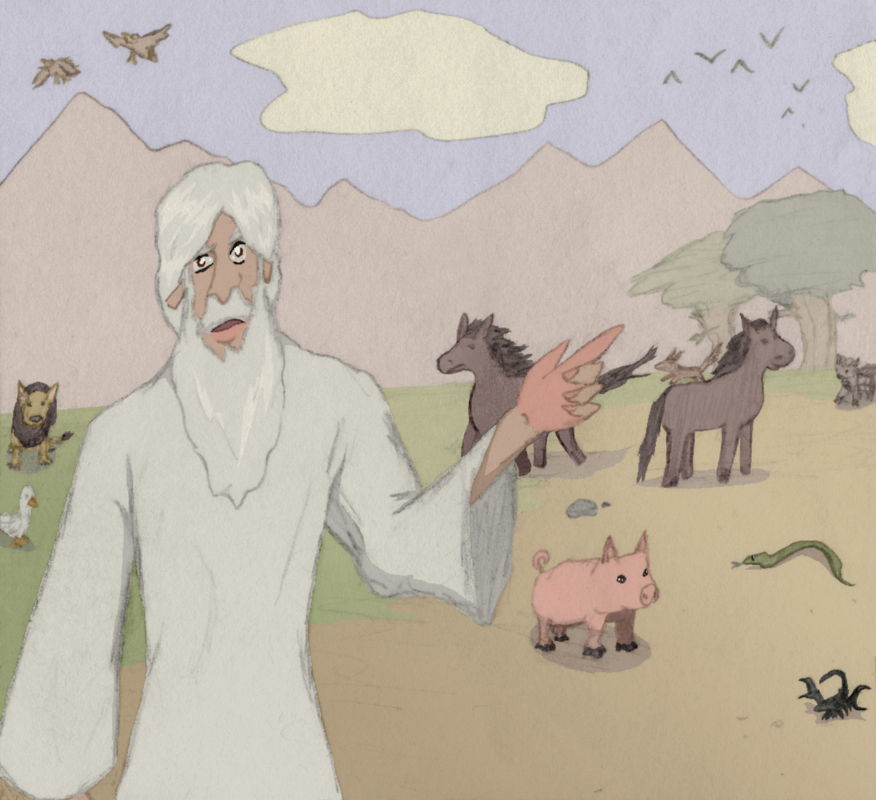 "In seven days, I will cause it to rain on the earth for forty days and forty nights, and I will wipe from the face of the earth every living creature I have made.” 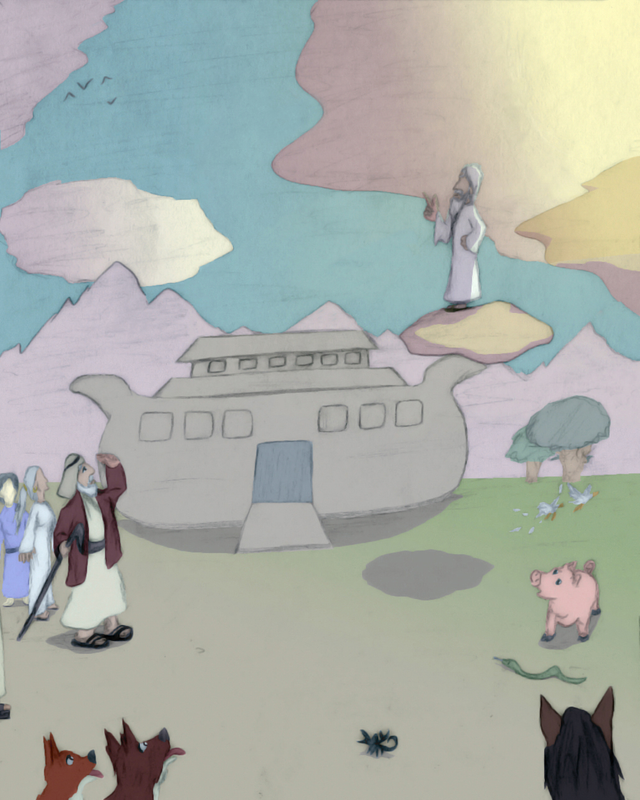 Noah did everything that Yahweh commanded him.

Noah was six hundred years old when the flood of waters came on the earth. 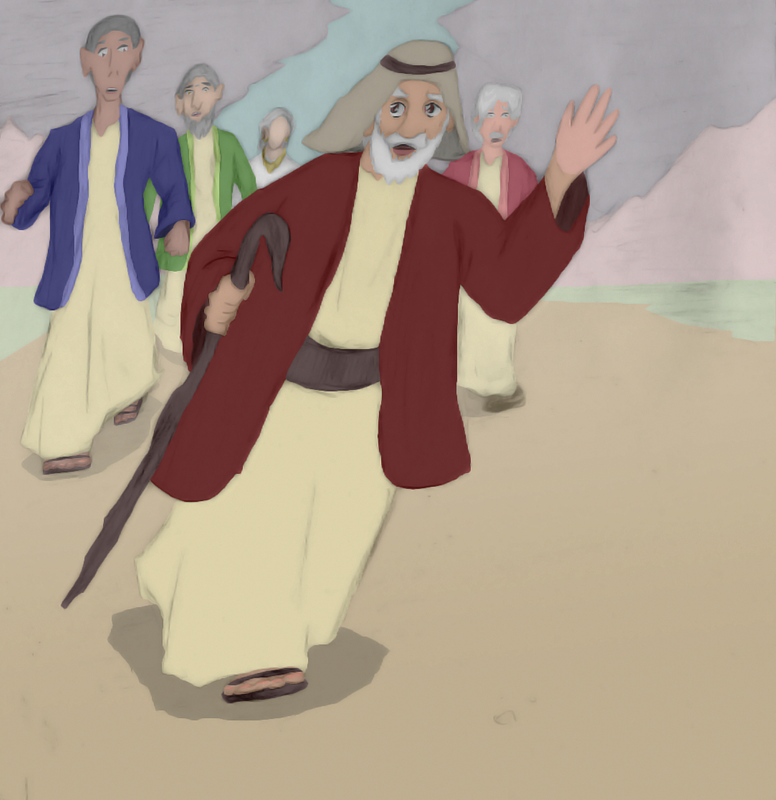 Noah went into the ship with his sons, his wife, and his son's wives to escape from the floodwaters. 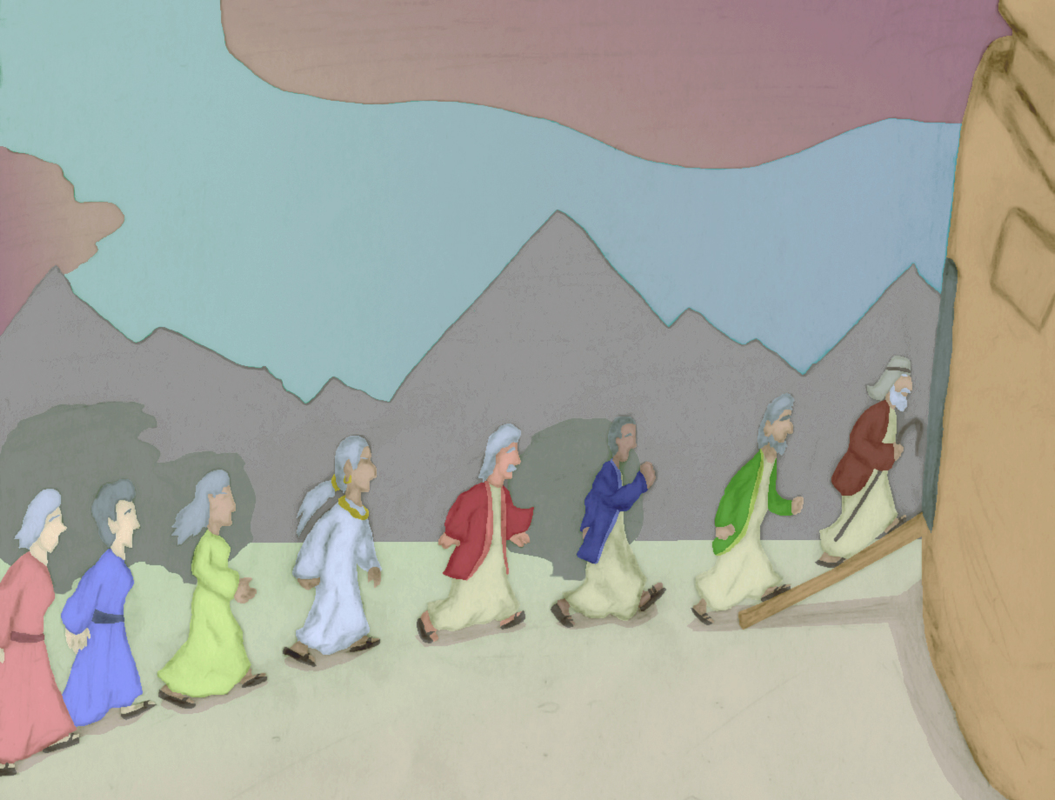 Clean animals, unclean animals, birds, and everything that creeps on the ground went by pairs to Noah into the ship, male and female, as God commanded Noah. 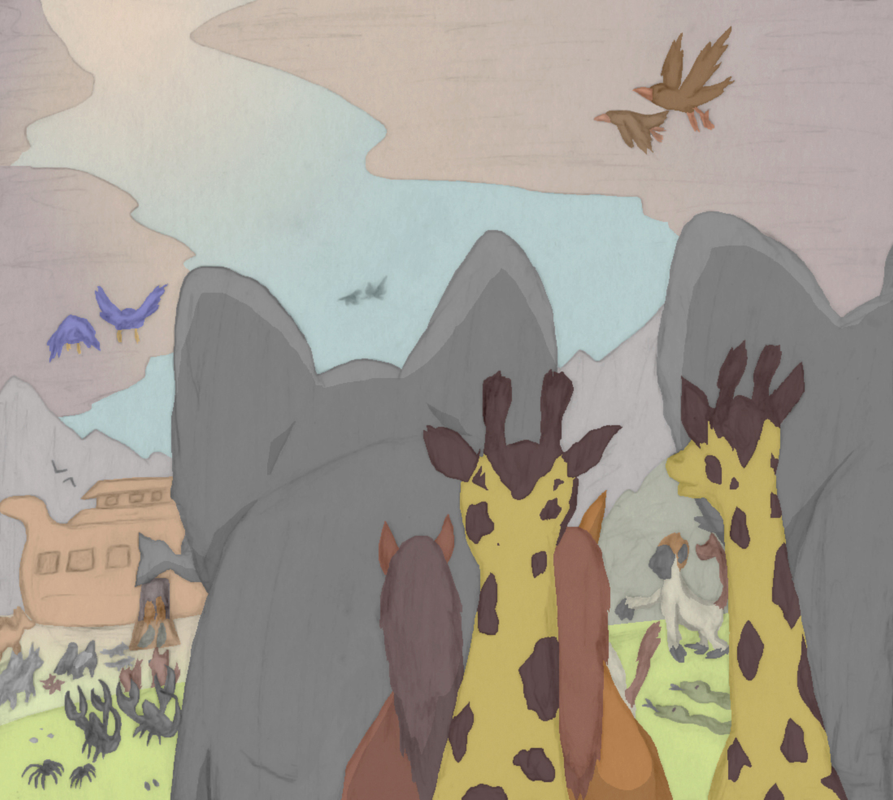 After the seven days, the floodwaters came on the earth. In the six hundredth year of Noah’s life, in the second month, on the seventeenth day of the month, on the same day all the fountains of the great deep were burst open, 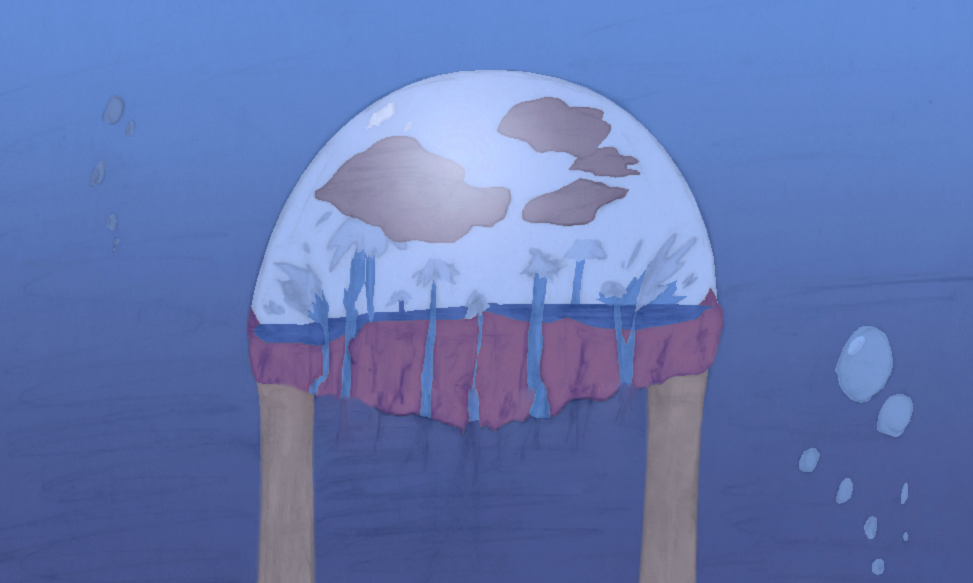 and the sky’s windows were opened. 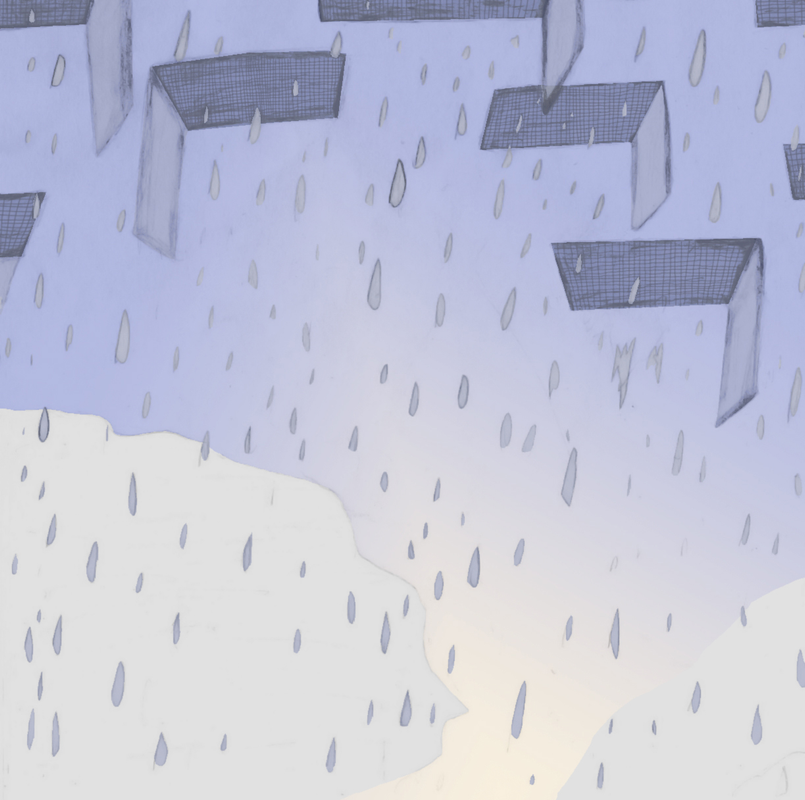 It rained on the earth for forty days and forty nights.

On that very day Noah and his sons, Shem, Ham, and Japheth, together with his wife and the wives of his three sons, entered into the ship.

Then Yahweh shut him in. 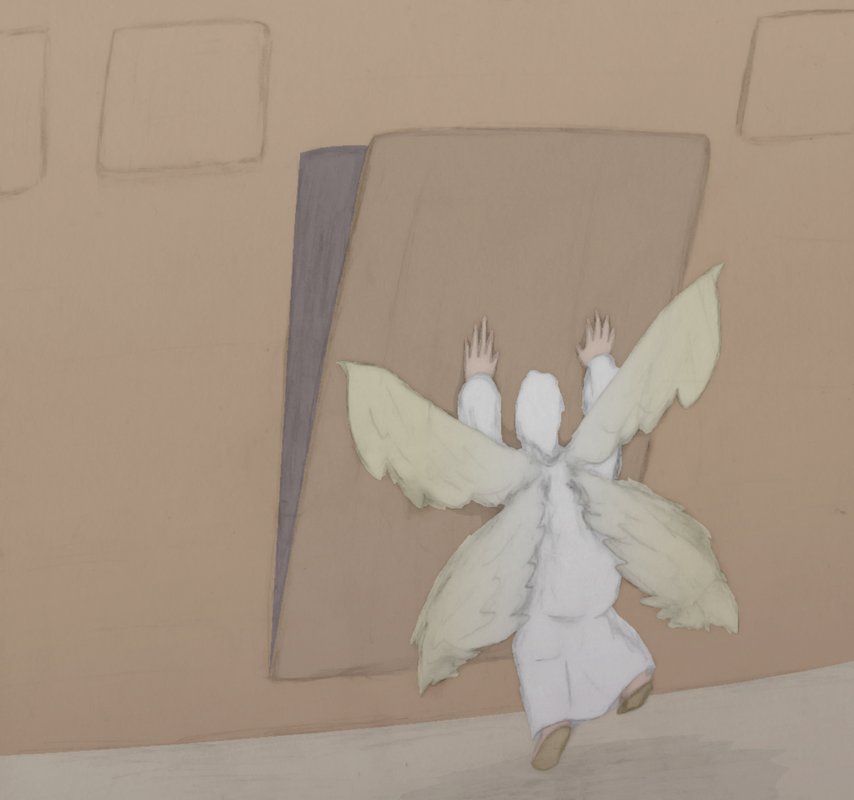 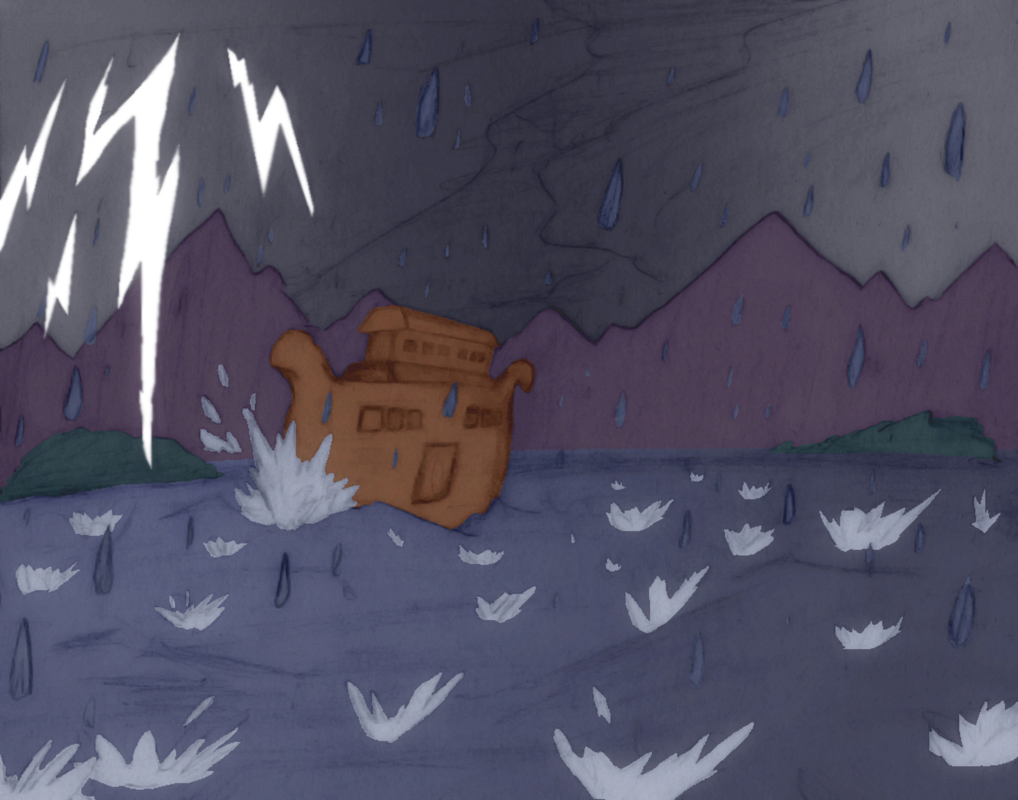 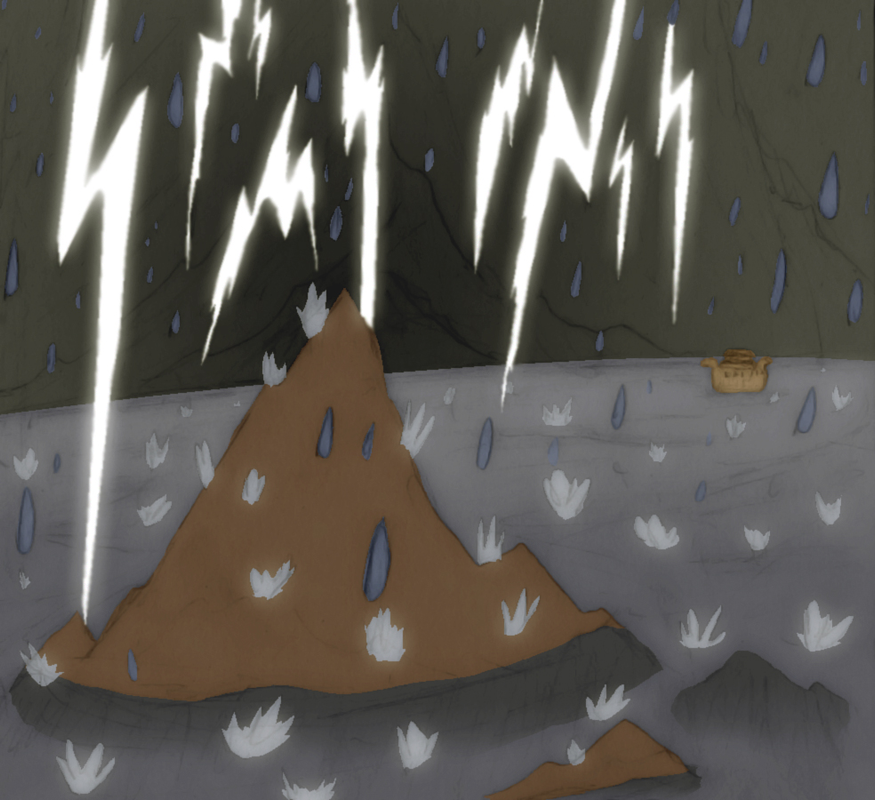 Every living creature that moved on the land was dead, including birds, livestock, animals, every creeping thing that creeps on the earth, and all of mankind. 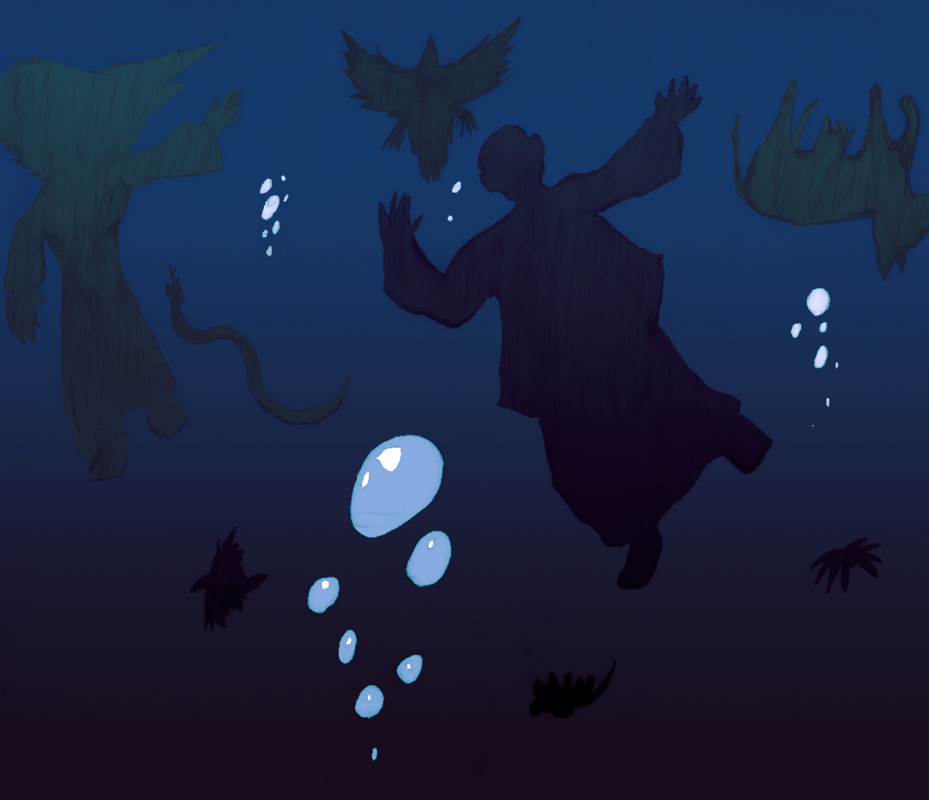 Everything on dry land that had the breath of life in its nostrils died. Every living thing was destroyed that was on the surface of the ground, including man, livestock, creeping things, and birds of the sky. They were destroyed from the earth. 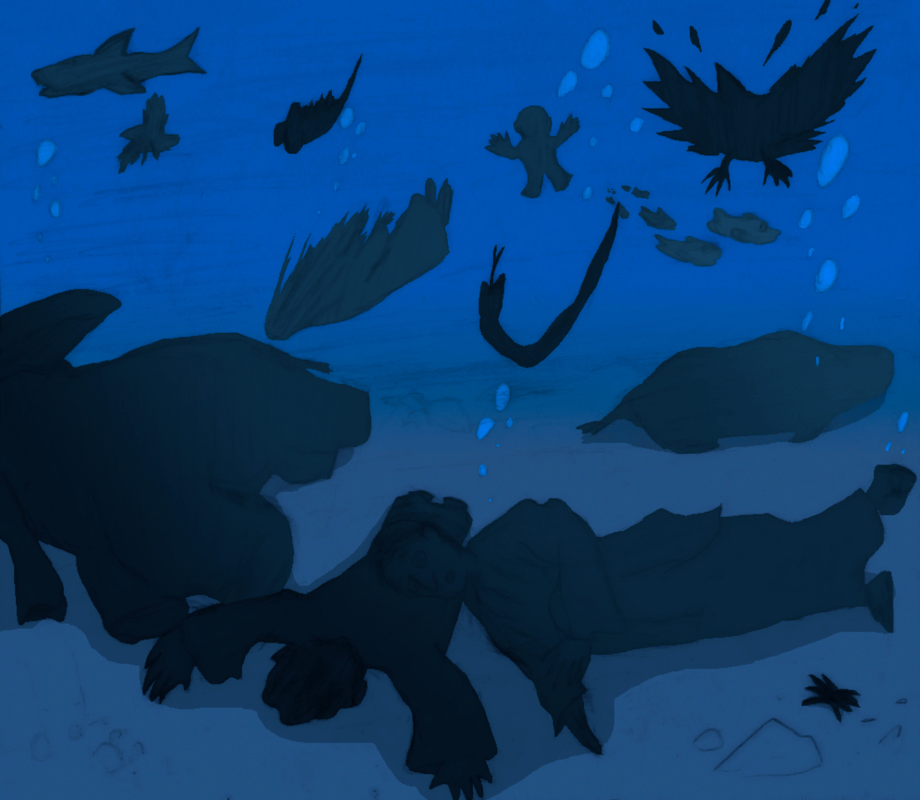 Only Noah was left, and those who were with him in the ship. 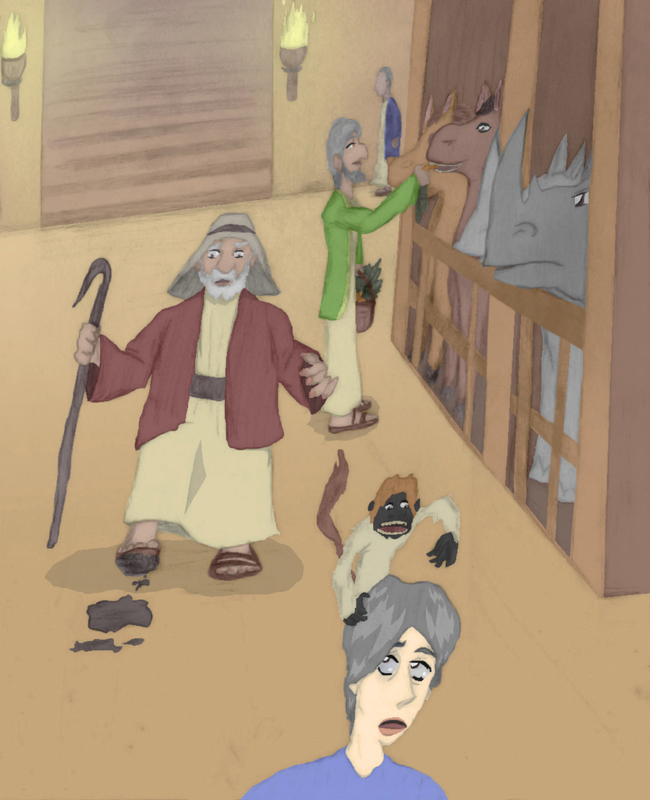 The waters flooded the earth for a hundred and fifty days. 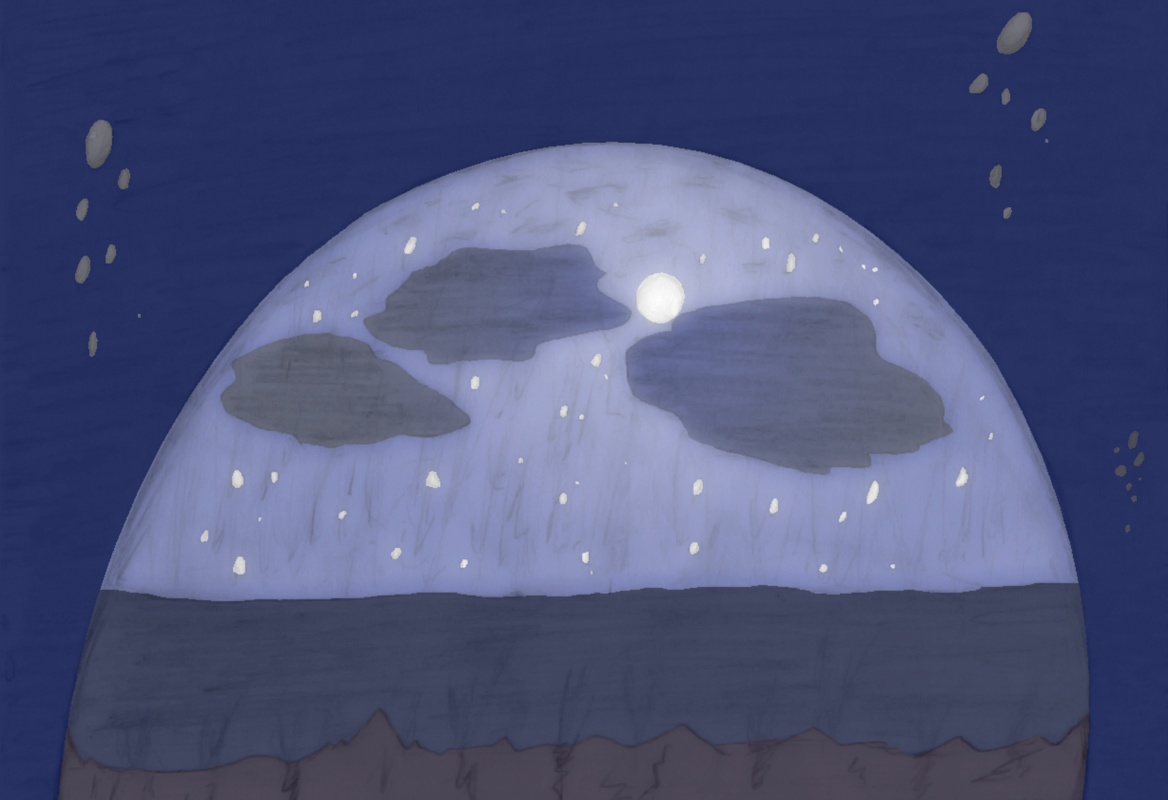