God remembered Noah, all the animals, and all the livestock that were with him in the ship. 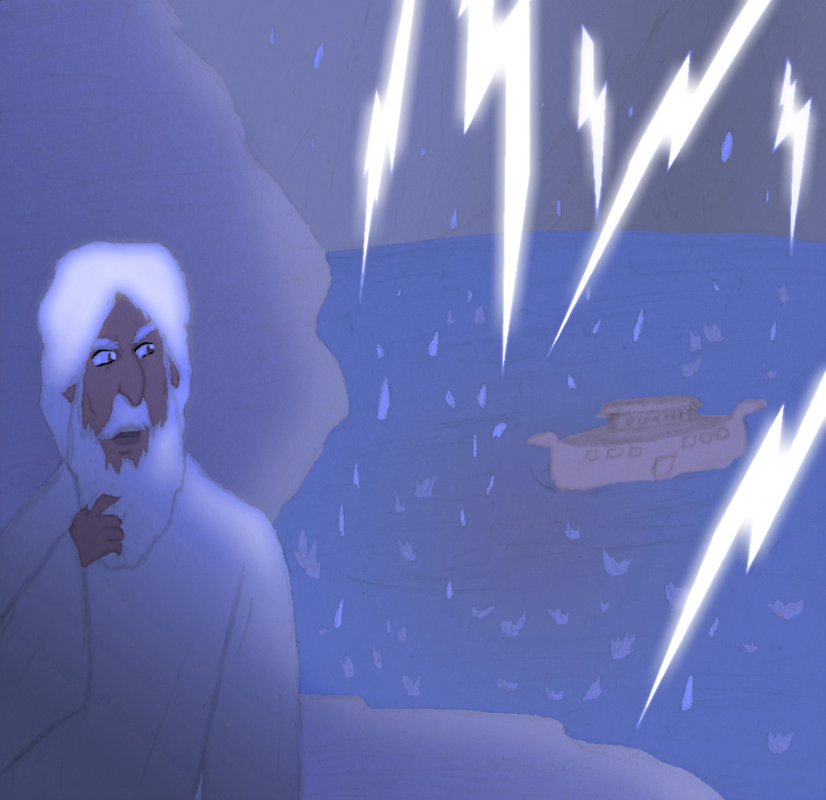 God sent a wind over the earth and the waters receded. 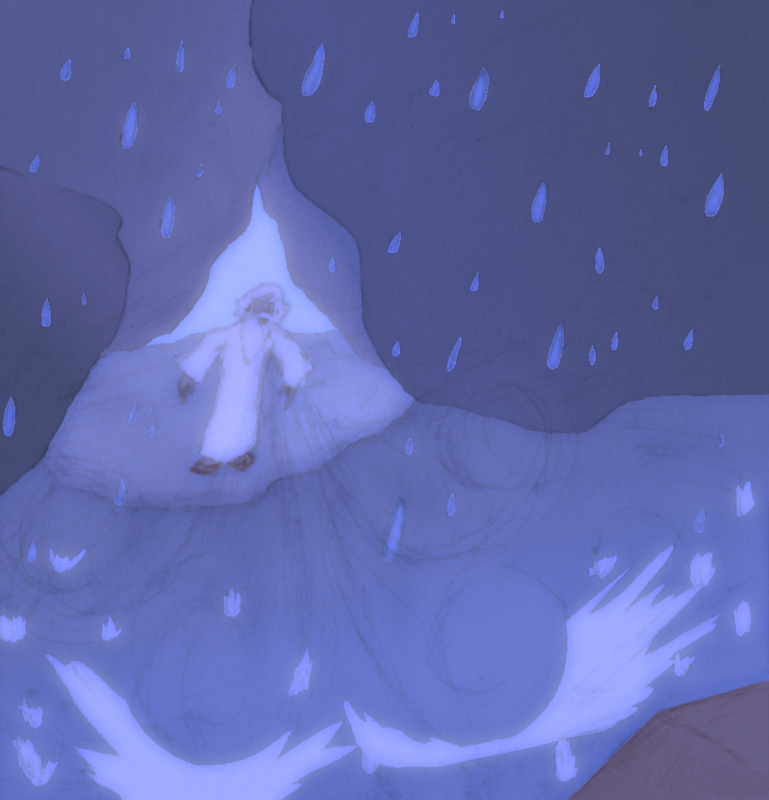 The deep’s fountains and the sky’s windows were closed, and the rain stopped falling from the sky. 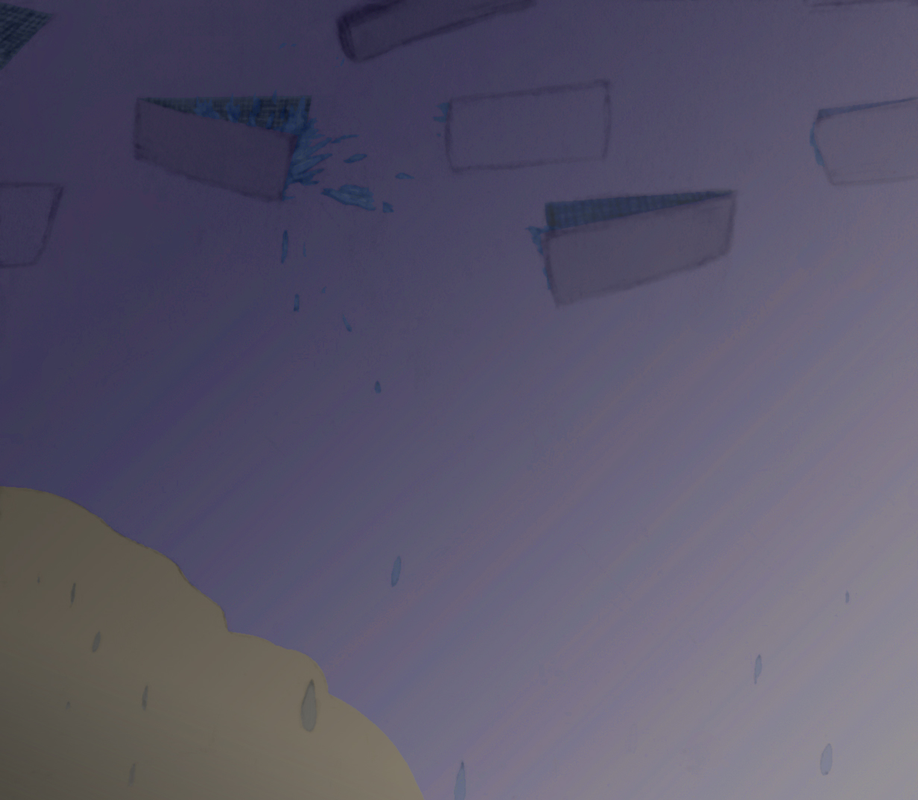 The waters continually receded from the earth. After the end of one hundred and fifty days the waters decreased. 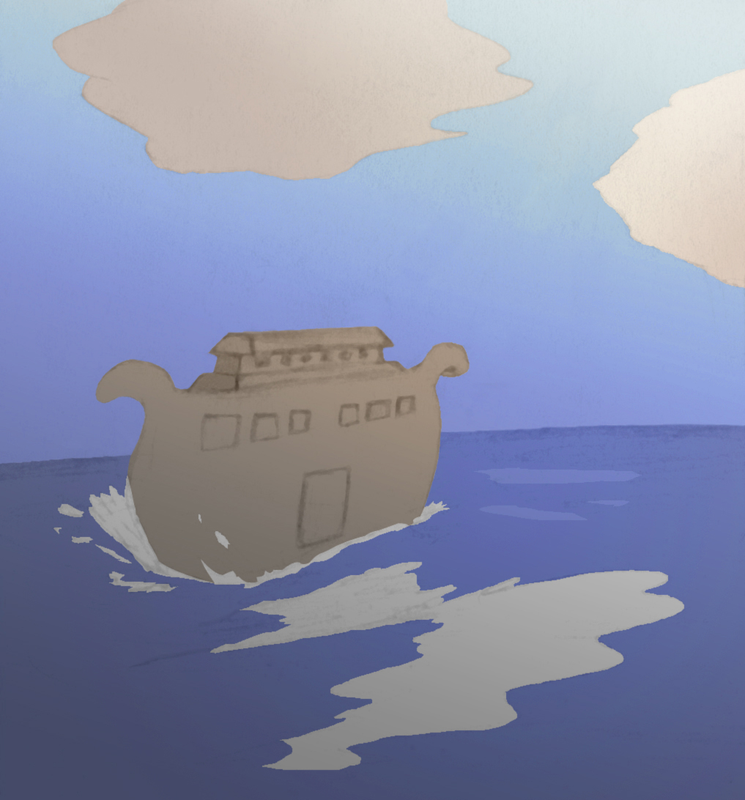 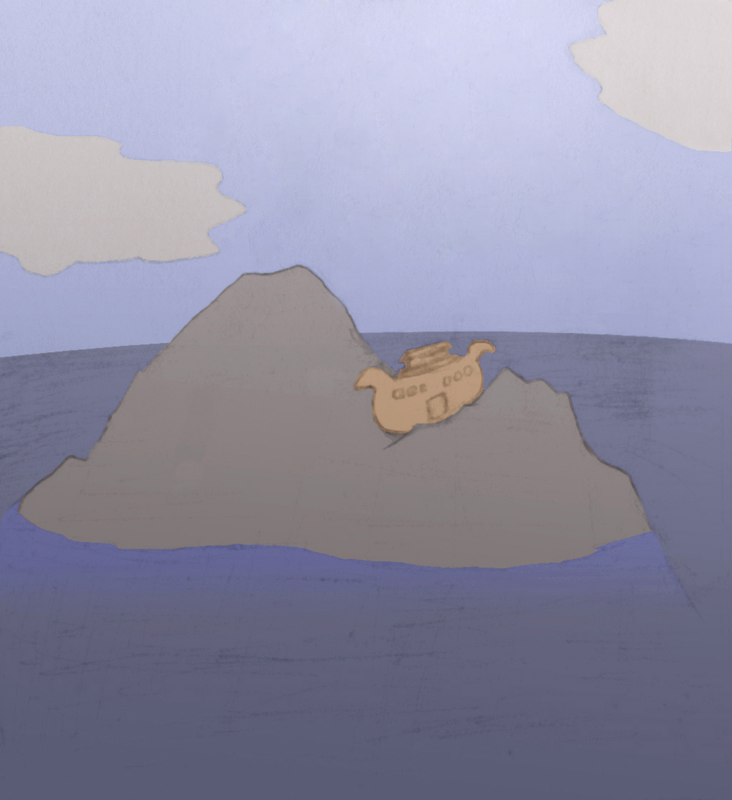 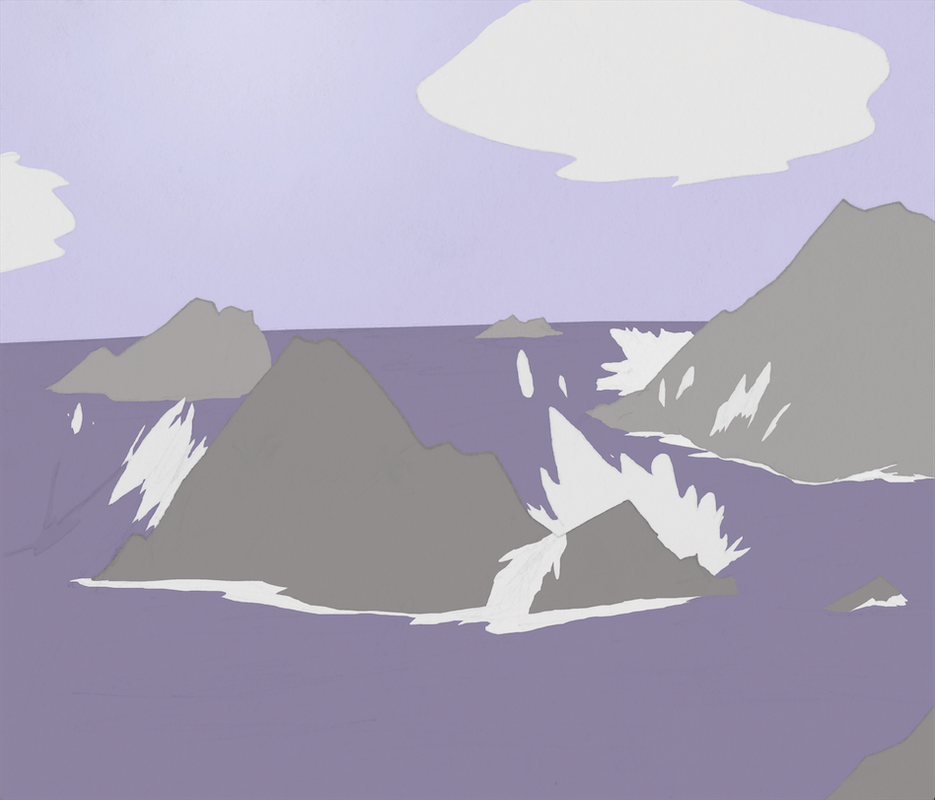 At the end of forty days, Noah opened a window he had made in the ship and he sent out a raven. 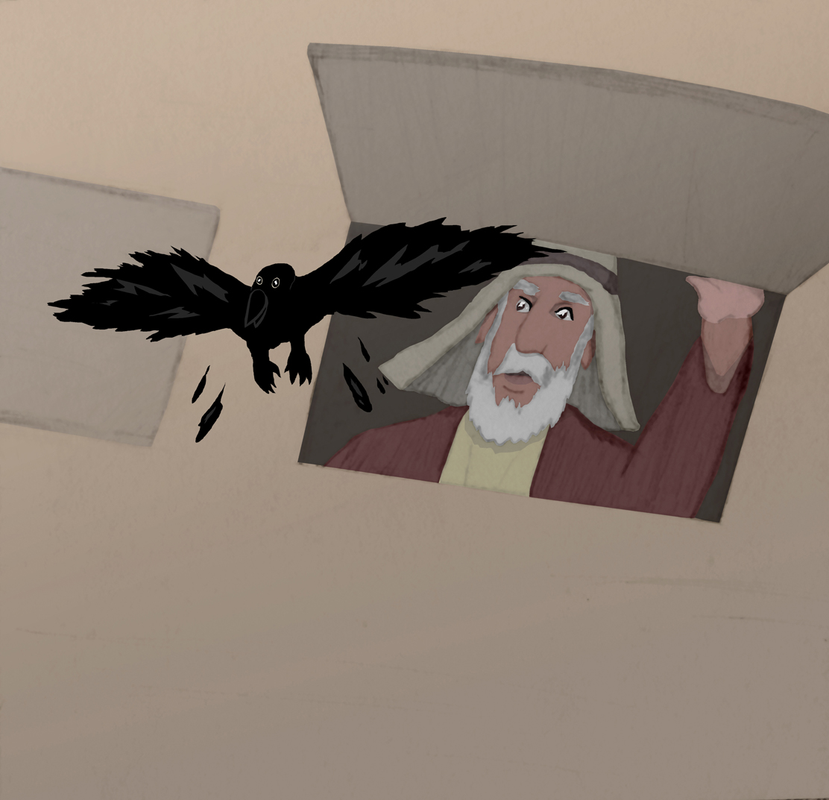 It kept flying back and forth until the waters were dried up from the earth. 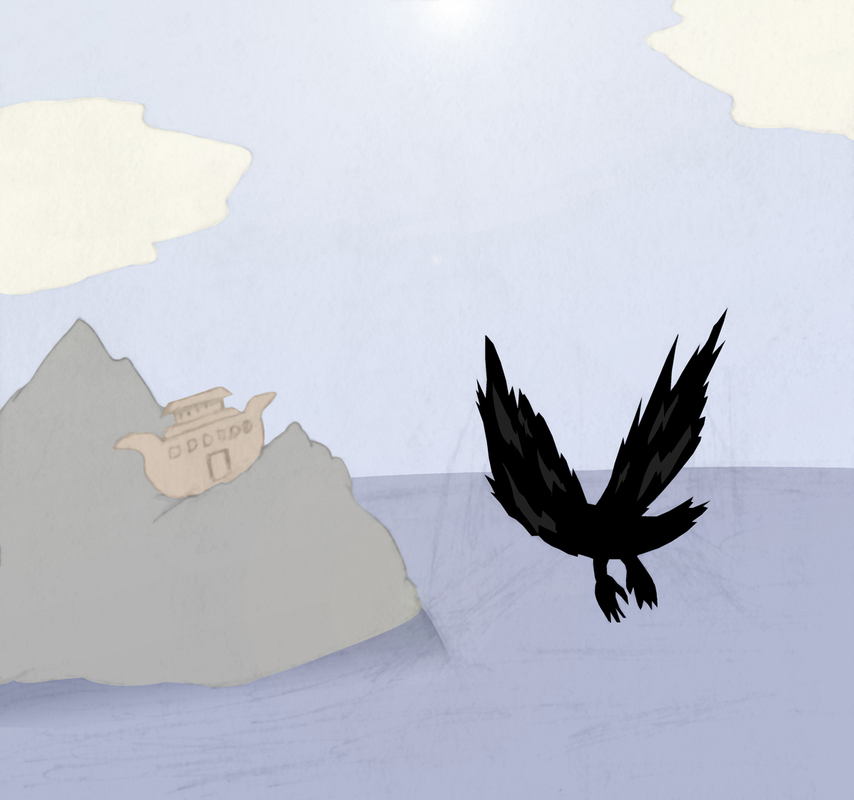 He sent out a dove to see if the water had receded from the surface of the ground. 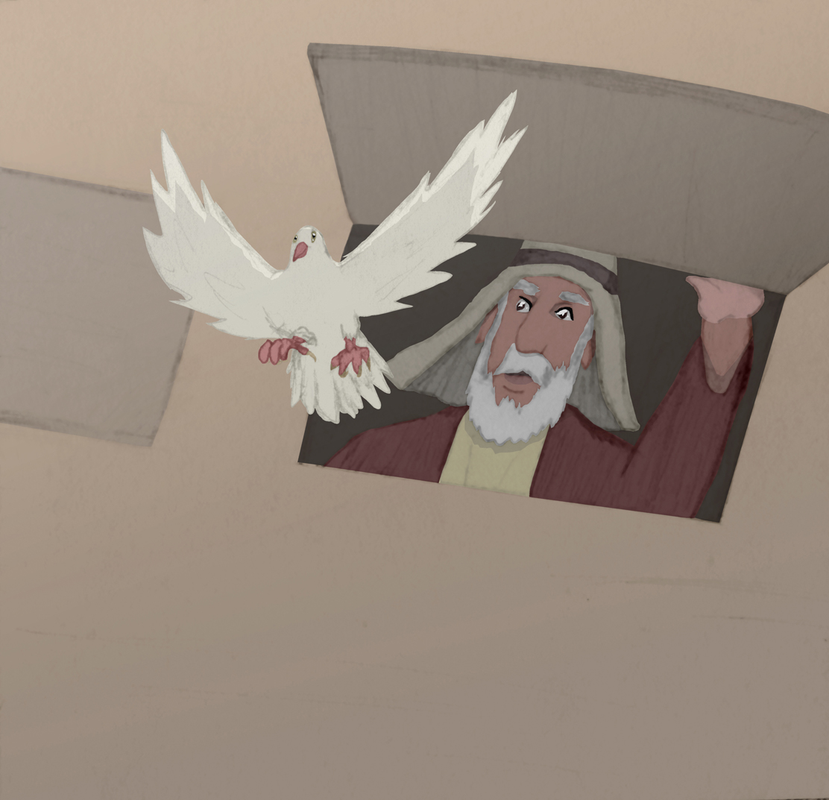 But the dove found no place to rest her foot because there was water over all the surface of the earth. 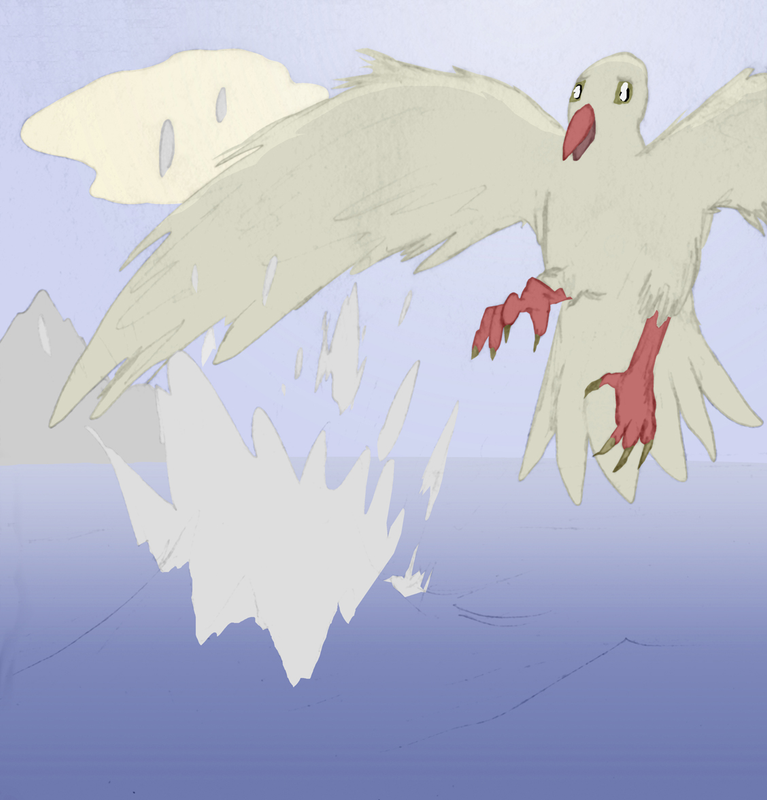 So she returned to Noah in the ship. 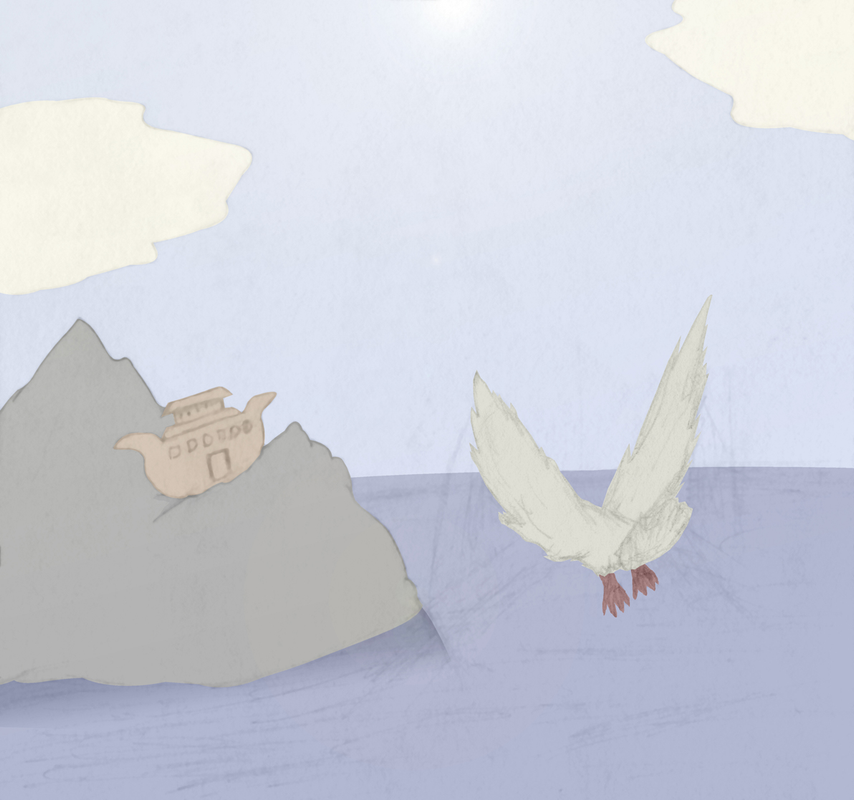 He put out his hand, and took her, and brought her to him into the ship. 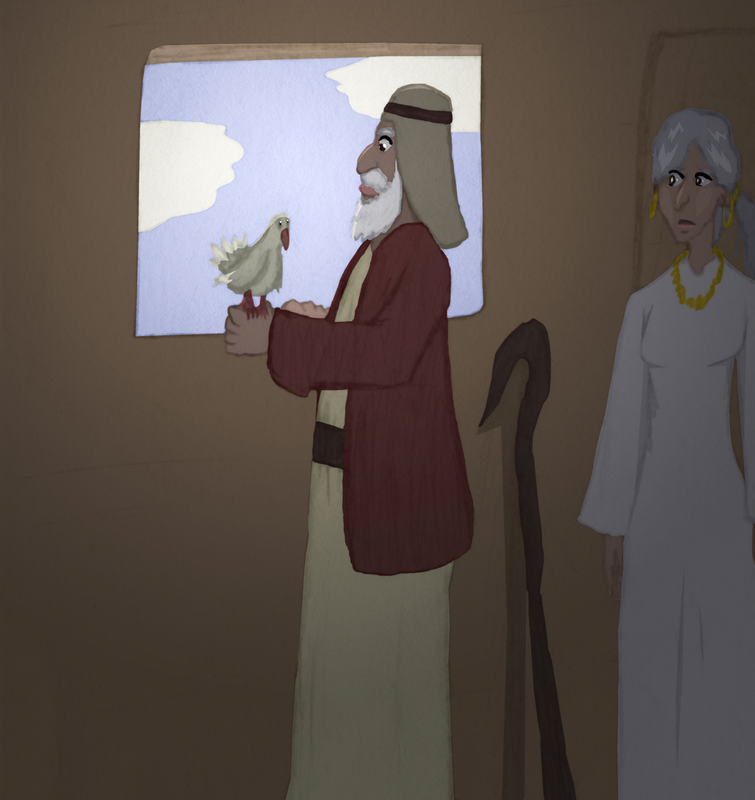 He waited yet another seven days; and again he sent the dove out of the ship. 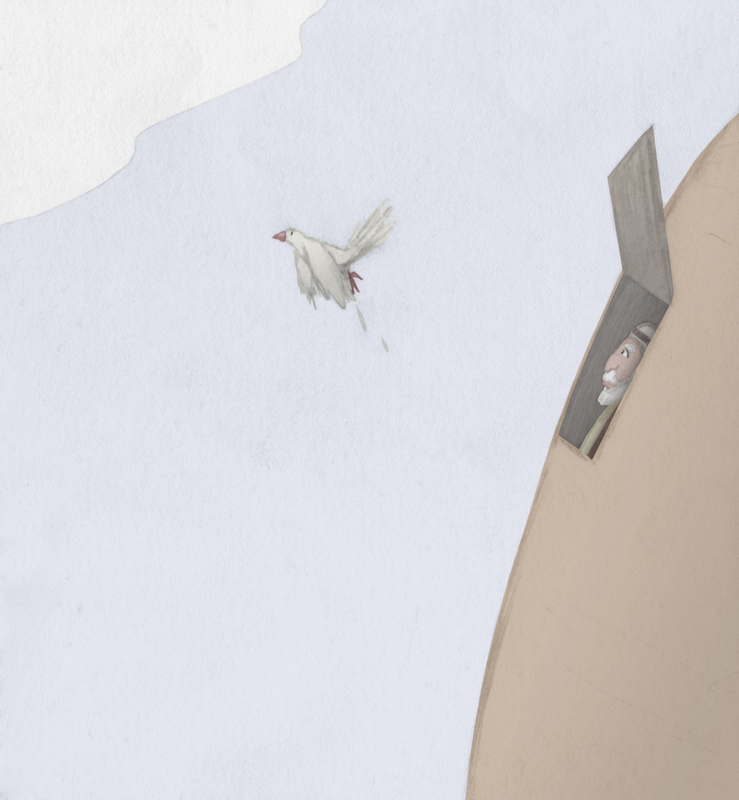 The dove came back to him at evening and, behold, in her mouth was a freshly plucked olive leaf. So Noah knew that the water had receded from the earth. 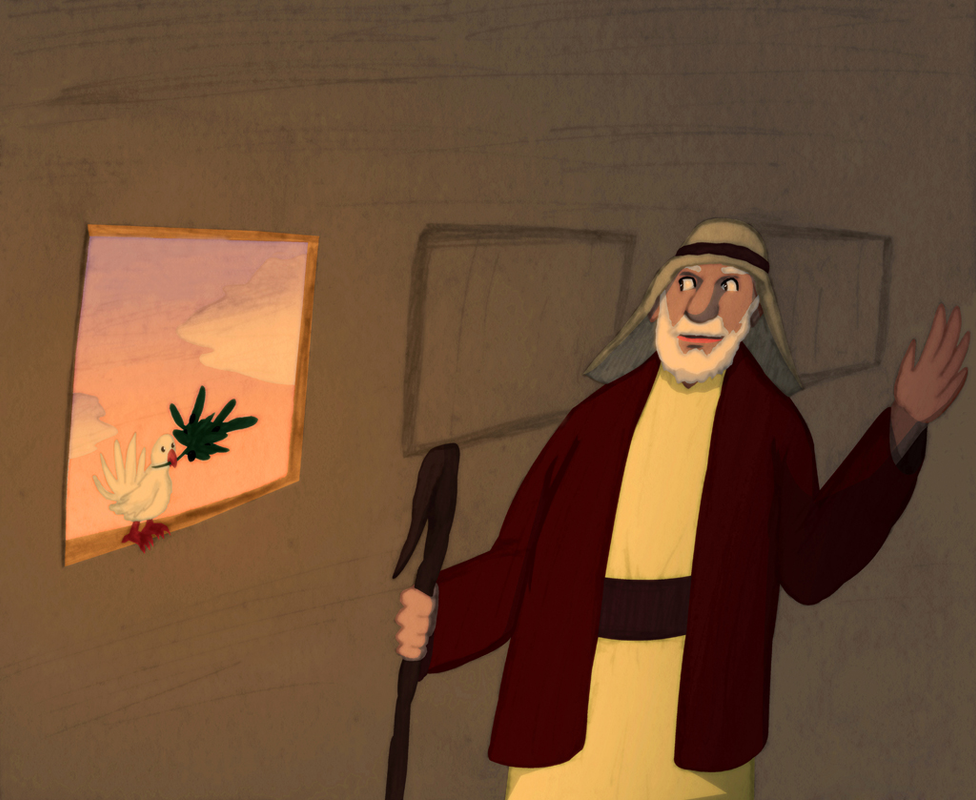 He waited seven more days and sent the dove out again.

But this time she did not return to him. 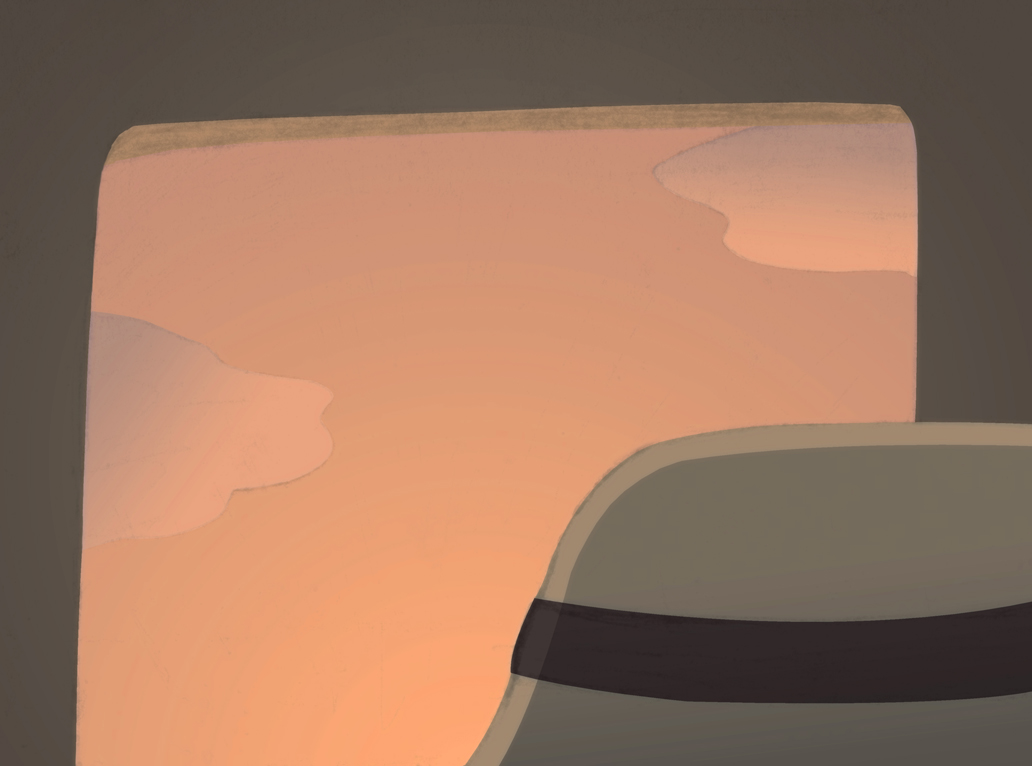 By the first day of the first month of Noah’s six hundred and first year, the water had dried up from the earth. 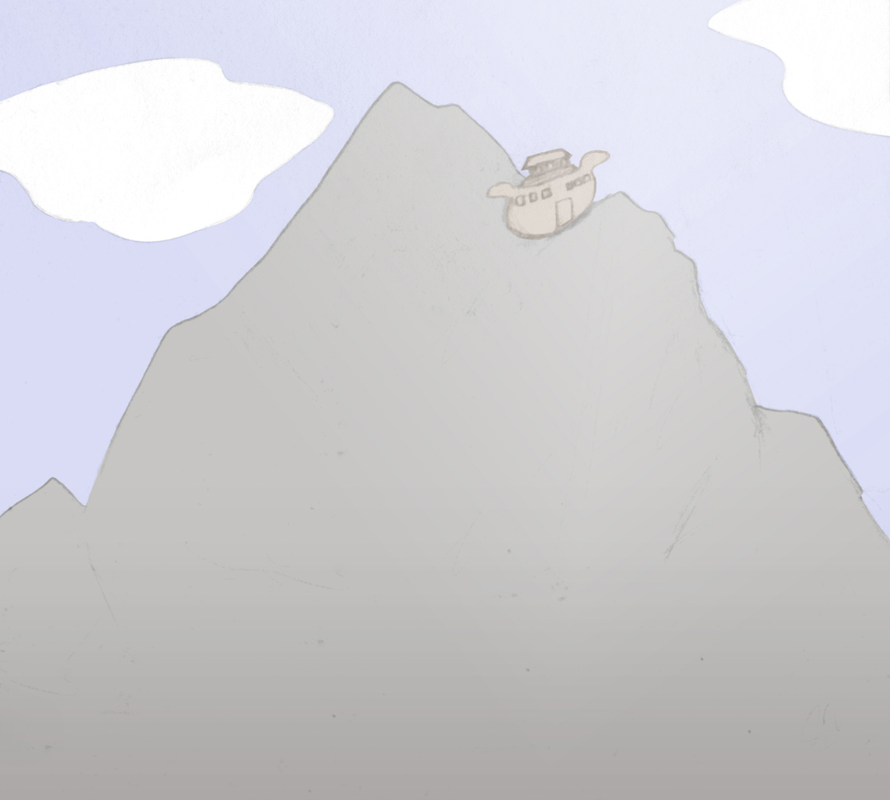 Noah removed the covering of the ship and he saw that the surface of the ground was dry. 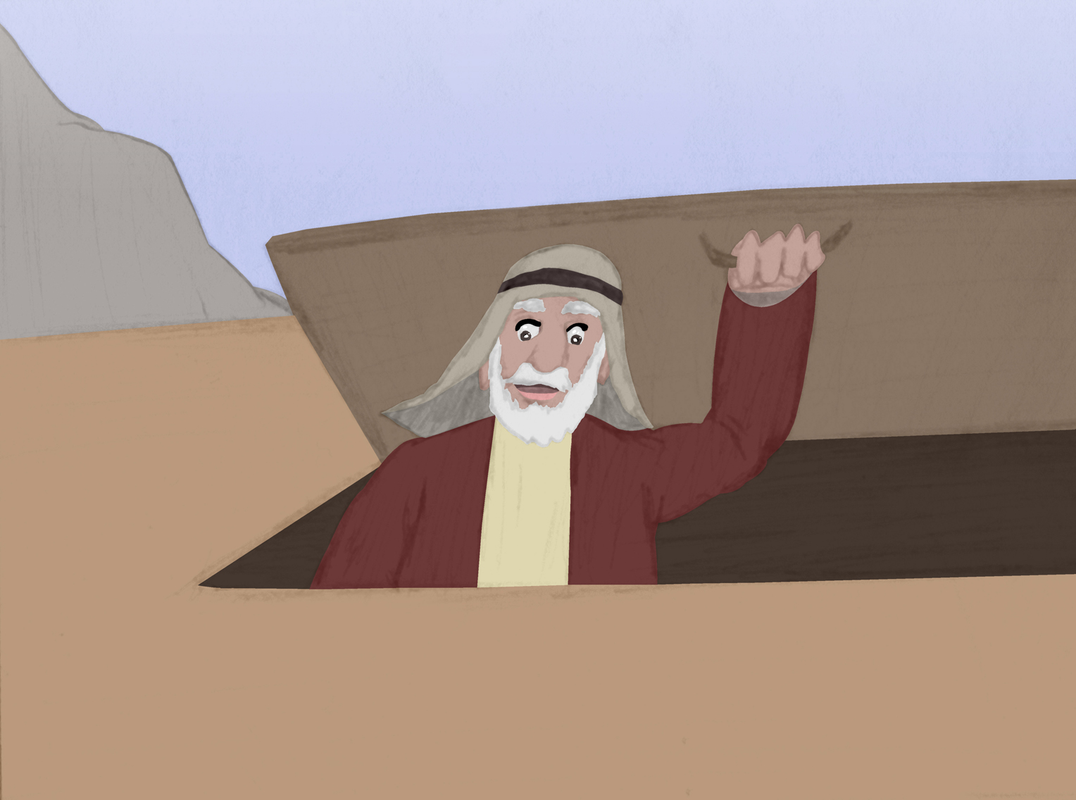 In the second month, on the twenty-seventh day of the month, the earth was dry.

God spoke to Noah, saying, “Come out of the ship, you and your wife and your sons and their wives.” 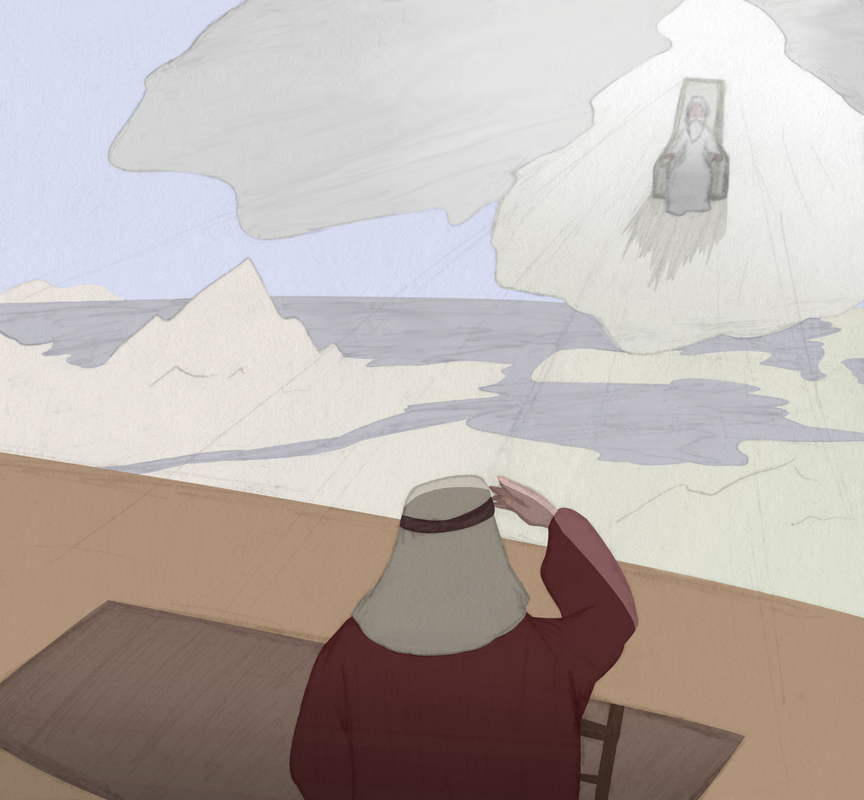 “Bring out every kind of living creature that is with you, including birds, livestock, and every creeping thing that creeps on the earth, that they may breed abundantly on the earth, and be fruitful, and multiply on the earth.” 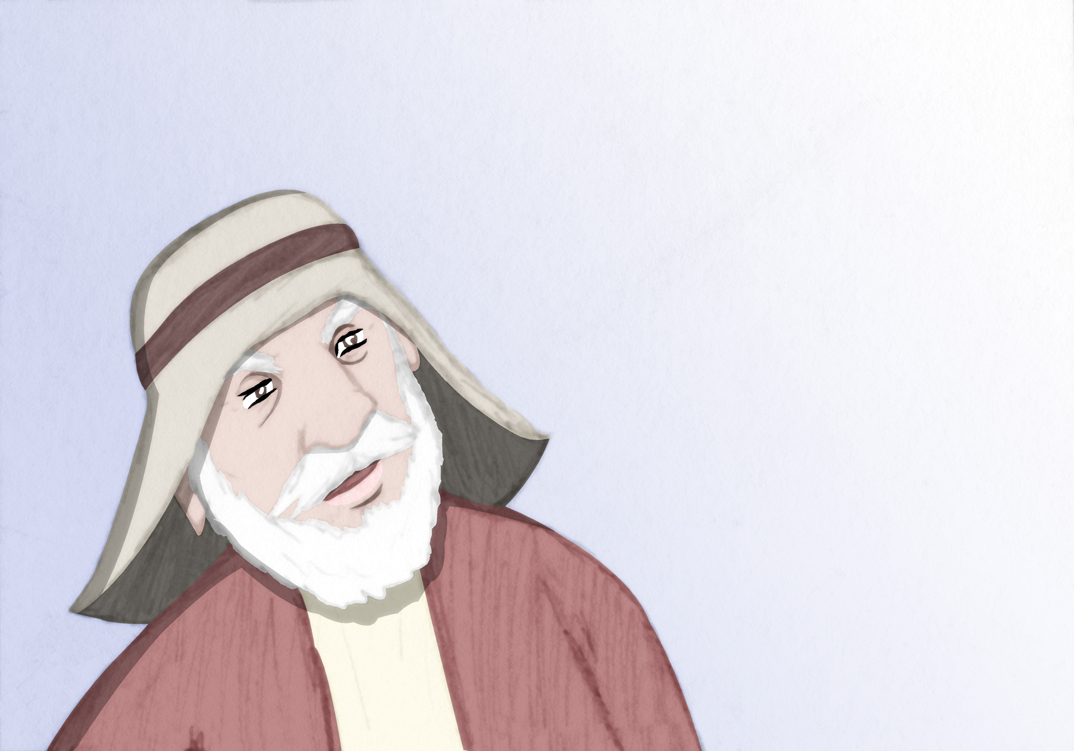 Noah went out, with his sons, his wife, and his son’s wives with him. Every animal, every creeping thing, and every bird, everything that moves on land, came out of the ship, one kind after another. 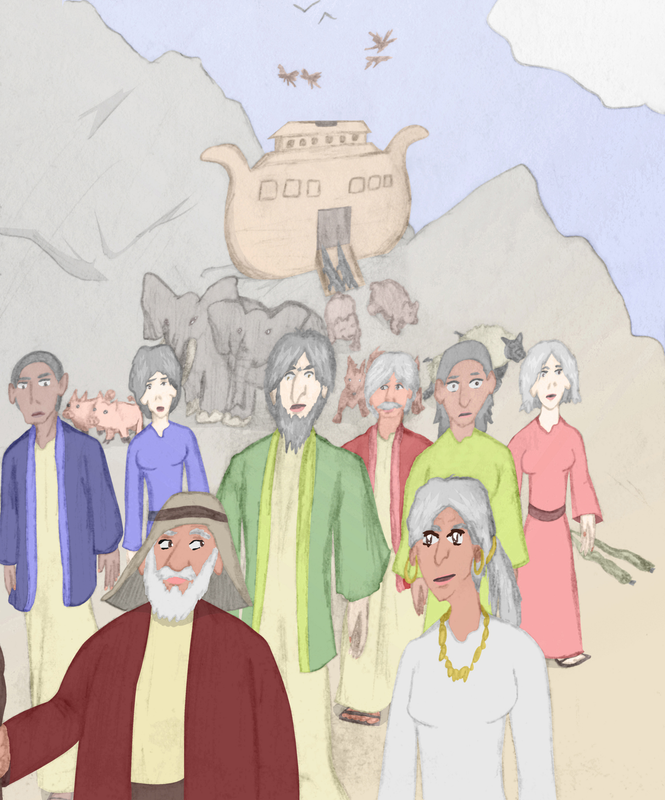 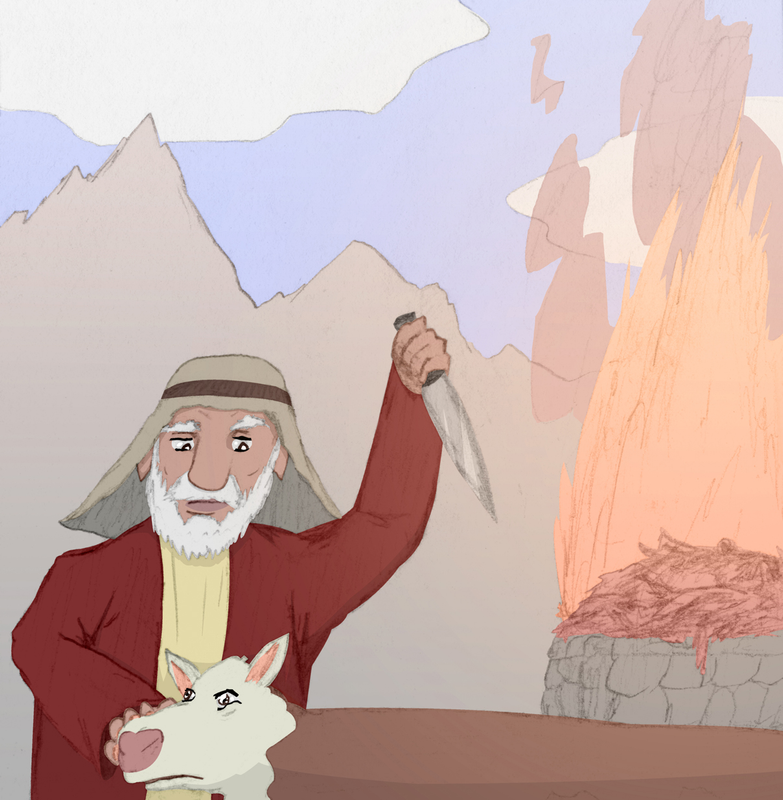 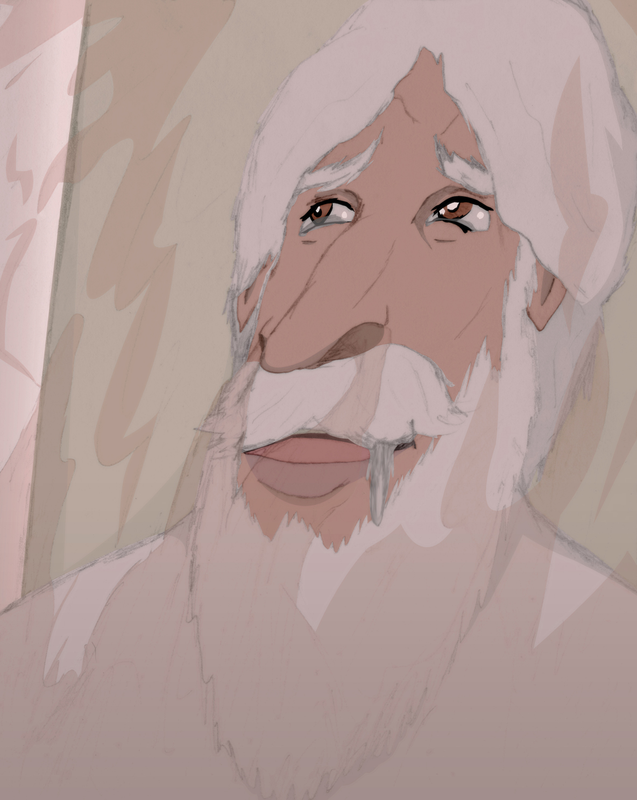 Yahweh said in his heart, “Never again will I curse the ground because of man, for every inclination of the human heart is evil from childhood.” 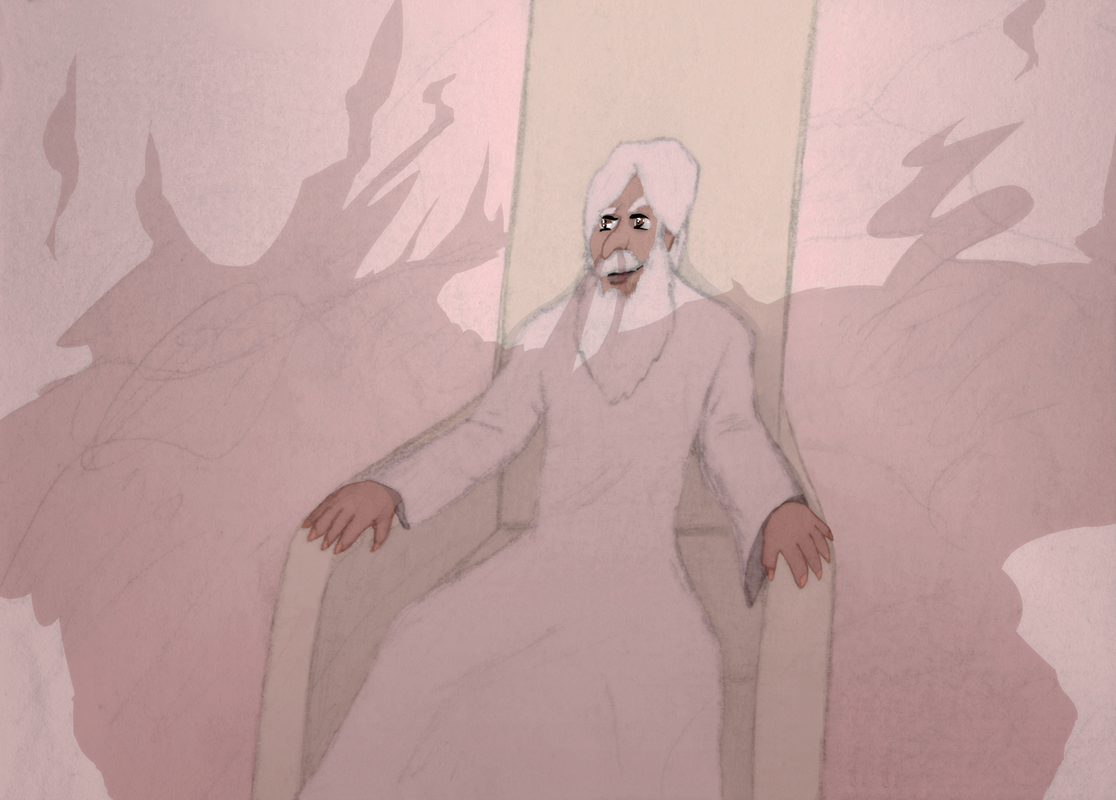 “And never again will I destroy all living creatures, as I have done.” 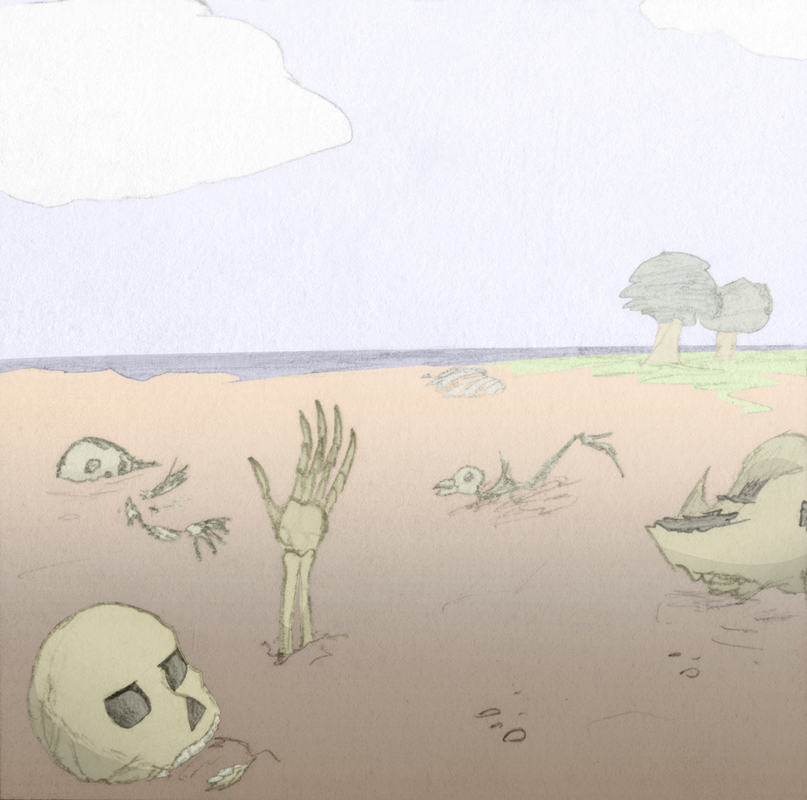 “As long as the earth endures, seedtime and harvest, cold and heat, summer and winter, day and night will never cease.” 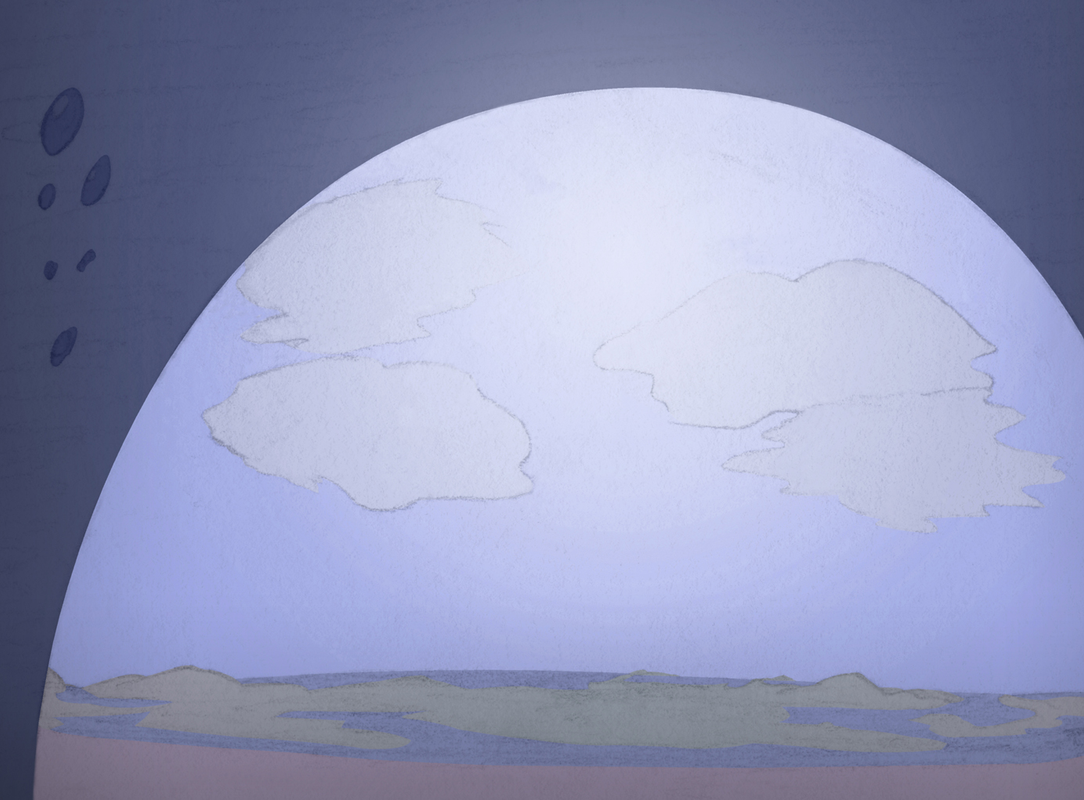